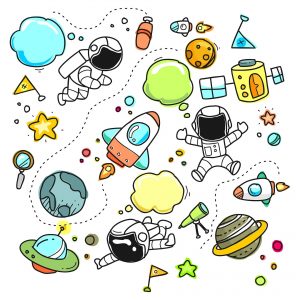 The United States government provides GPS as a service and has absolute control over the full constellation of 24 satellites and its availability to civilian and military users across the globe. As a result, many countries have developed or are in the process of setting up their own global or regional satellite navigation systems like the Russian Global Navigation Satellite System (GLONASS), China's BeiDou Navigation Satellite System, European Union's Galileo positioning system, and India's NavIC.

GPS system consists of three segments. They are the space segment, control segment and the user segment.

GPS has become a widely used tool for commerce, scientific uses, tracking, surveillance and navigation. One of the key features of a modern smartphone is the in-built GPS receiver that determine your location and assists you in your day-to-day navigational needs.

Target Tracking: Latest weapon systems use GPS to identify targets in the ground and air .
Navigation: Marines and soldiers use GPS to find targets and also to plan troop and supply movements.

Many GPS receivers also transmit position data to a server or other interfaces using standard NMEA or proprietary protocols. One functional example would be a GPS Vehicle tracking Solution, GPS trackers are installed in vehicles to track their location and monitor additional information’s related to the vehicle. These GPS Vehicle trackers can also interface with other vehicle sensors, cameras or devices using serial connections, Bluetooth and USB.